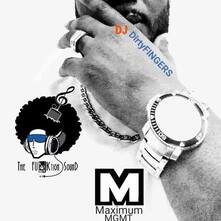 Roberto "DirtyFINGERS" Gooden, is the Host, mix DJ and Producer of "The Friday Night FUNKtion Show" (Fridays, LIVE @ 11:55pm at 104.9 WJRH FM in PA. / N.J.) and "The WERKout" (Saturdays, LIVE @ 11:55pm at 104.0 WJRH FM in PA. / N.J.)  He also is the Owner of WTFS-DB / www.FUNKnationRadio.com
and "The FUNKtion TV" (YouTube) and the Founder of the DJ crew known as "The FUNKtion Sound".
Roberto started his radio career in 2012 as a student DJ on-air at 90.3 WESS FM at East Stroudsburg University in PA.   Roberto ascended to the position of Promotions Director in 2013 and was instrumental in WESS FM being crowned the winner of the mtvU 2014-15 "Woodie Award" for BEST COLLEGE RADIO STATION in the USA one year later.  Since then Roberto has held down radio residencies at WWRN-DB in Allentown, PA, Chill Lover Radio, Damatrix Studio Network and 91.3 Parti FM all in The Bronx, N.Y. then an NPR station - 88.1 WDIY FM - in Bethlehem, PA. and currently maintains two on-air shifts as a Community Broadcaster on 104.9 WJRH FM at Lafayette College in Easton, PA. that he simulcasts worldwide on WFNK Radio.  As "DirtyFINGERS" he plays Urban music in different languages & styles from all over the world. If it's new and HOT, you'll hear it on his shows first in ANY language. 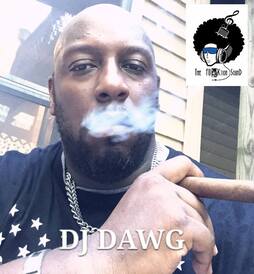 DeWayne "DJ Dawg" Coney is the Host, DJ and Producer of "The Classics KING Mid-day Mix" (Monday - Friday at 12:00pm) and "Dawg's Machine Lab" (Monday - Friday at 7:00pm) on WFNK Radio.   DJ Dawg is also a Co-Owner of WTFS-DB / www.FUNKnationRadio.com as well as one-fourth of The FUNKtion Sound DJ crew  He is also a music Producer.  He is a House Head originally from Chicago, Illinois who comes to us by-way-of Houston, Texas.   Living in Jeffrey Manor (Chicago), at 7 years of age,  He learned to appreciate music due to his uncle Stony’s “passion“ for music.   As DJ Dawg  took interest of his uncle's album collection at an early age, He frequently was admonished to  “don’t touch nan one,”  By his uncle Stony.
Once his uncle Stony tried to describe Stevie Wonder's “ Boogie On Reggae Woman. “
​I had no clue what he meant of the melody of the song. I took to the notable Moog synthesizer bass line and then I began to understand music. : Roosevelt University (Chicago) radio DJ (guest), I became a member of The FUNKtion Sound and DJing in Ibiza, Spain Club Spare : As life presents challenges, my priorities away from music, beings with Gwen my beautiful wife, renew our relationship, daily. My nieces and nephews are more like my children and grandchild and I spend ample time building better relationships. . dewayneconey@wfnkradio.com, FB: @De-Wayne DjDawg Coney, Twitter 44busaboi, IG 44busaboi 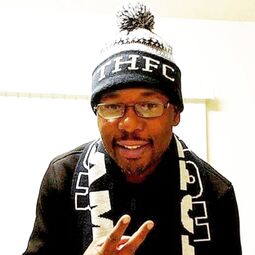 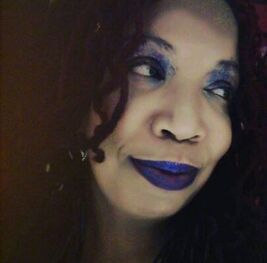 Bmorehouse Ericka early in life, always was surrounded by music; from the church choir to learning to play the clarinet, flute and the piano.  However, it wasn't until the early 80's when she came across HOUSE Music at O'dells Nightclub in Baltimore.  She knew she belonged and has been on dance floors ever since including club Fantasy and the Paradox night clubs.  UNDERGROUND House Music was and is the only genre of music that moves her spirit.. that moves her soul.  In 2012 she decided to share she loved with the world via radio where she was a Host on the platform known as Unity Radio 1010 AM in Baltimore.  With God's grace Ericka has been featured on FNFstudioradio.com , BmoreHouseRadio.com, ATVradio.net, StompRadio.com , WEAA 89.1FM, WERQ 92Q FM and now she is the featured host of her OWN radio at WFNK Radio called "The BmoreHouse Show" on Saturdays 6:00pm - 8:00pm.  Ericka has also played Bedvyne Cocktails in Brooklyn, NY with DJ B and DHM, Coney Island Beach in NY with CMK Productions and the Cricket Club in NY as well as the Collective Mind Festival in her city, Baltimore, Maryland. 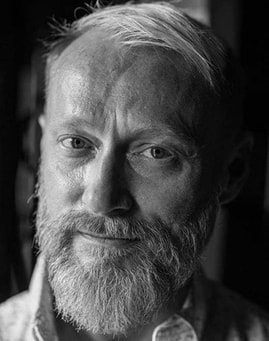 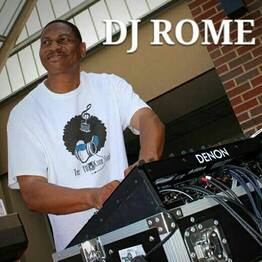 Jerome "DJ ROME" Oates was born in Brooklyn and raised in Laurelton, Queens. His parents recognized their son had a gift for music and were determined to develop it. So, at an early age, DJ Rome found himself exposed to array of musical genres: R&B, Gospel, Cool Jazz, Pop, the Classics, Reggae, and House Music. The result? DJ Rome was infused with a wide musical palette that greatly influenced what he plays and how he performs, enabling him to adapt to any given situation.
Growing up at a time when Hip Hop was also "growing up" and revolutionizing the music industry, DJ Rome learned the transcendent aspects of this unique sound. Like a young boxer training for a shot at the title, DJ Rome diligently studied the syncopated rhymes and pulsating beats of this musical genre and began to experiment with innovative techniques -- preparing for the day when he'd walk into a club, set up his turntables, and rock the crowd.
DJ Rome is a professionally trained audio engineer with more than twenty years of experience in the field of sound engineering.  He owns and operates JAMM (Jerome's Audio and Music Ministry) Studio in Tatamy, Pennsylvania.  DJ Rome is a Co-Owner of WTFS-DB and serves as the Station Manager for FUNKnationRadio.com .   DJ Rome is also the resident audio engineer for WWRN.DB Radio and he has held the position of Multimedia Director, Lead Engineer, and Technical Director for the Greater Shiloh Church, in Easton Pa.  You can hear DJ Rome's innovative blend of House Music and other dance music genres on "The JAMM" every Saturday on WTFS-DB / www.FUNKnationRadio.com simulcasting worldwide the local broadcast heard in Bethlehem, PA. on 1620AM  WWRN Urban Classics.
​
Follow Him @IamDJRome on Twitter and Instagram.
Website = www.IamDJRome.com 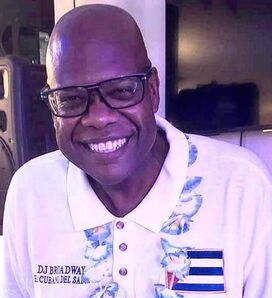 ​Mike Mitjans AKA DJ Broadway from Brooklyn NY. Is the host,mix DJ and producer of The Broadway Express Show. Born of Cuban decent. Right from a early age music became a part of his life. Heavily influenced by the DJ’s who would be bring out there sound systems in the parks in Brooklyn he caught the DJ Bug. Now entering his 40 year as a DJ. Broadway says WHATEVER I PLAY IT MUST SOUND GOOD!! Broadway really enjoys being a DJ and you can hear that joy every Sunday on THE BROADWAY EXPRESS WHERE REAL SALSA MEETS DEEP HOUSE EVERY SUNDAY FROM 2PM TO 4PM. 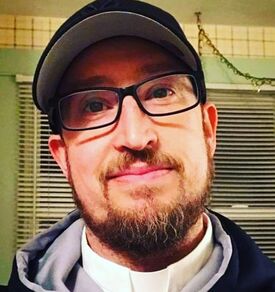 DJ3W the Water Walkin' Warrior is host/producer of The Kingdom Minded Show and mobile DJ from the Midwest. Having produced and hosted a 2 hour Christian hip hop (Chh) show for nearly 10 years in Peoria, IL he began producing an exclusive mixstyle version of his show to WFNK by way of meeting DJ Dr .D. As a lover of all musical genres, he enjoys mixing hip hop, R&B, reggae, house, EDM, etc for the glory of God. He's also had the opportunity to DJ concerts for multiple national traveling artists that have stopped in Chicago and other Central IL locations. He's been happily married 20 years and has one son. He loves basketball, hip hop, and Jesus. His favorite movie is Nacho Libre and he's a self proclaimed cookie monster.

If he could have 3 albums with him to listen to on a deserted island, they'd be Eshon Burgundy's "Fear Of God", Bob Marley's "Songs Of Freedom" box set (It is sold all together in one set, after all), and Miles Davis "Kind Of Blue".
f you ever miss his show, you can listen on demand streaming at www.mixcloud.com/waterwalkinwarrior. You can find him on Twitter @DJ3W_KMS. And catch him DJing #Live4HisGlory on social media platforms from time to time. He is also known and followed on social media as @KingdomMindedRS
Google Voice for requests, radio drops and messages: 775-375-5677
Email: KingdomMindedRadio@gmail.com
Twitter: KingdomMindedRS, Instagram: KingdomMindedRS
Facebook: Kingdom Minded Show
Website: www.KingdomMindedShow.com
Streaming 24/7 on Demand at www.Mixcloud.com/waterwalkinwarrior

Brieana Mitchell is a plus size model and the creator and writer of the fashion blog, "Faith and Fashion 360".  Brieana began modeling at the age of 14, with some local fashion shows and professional training through John Casablancas Modeling Company.  After moving from Paterson, New Jersey (where she grew up for most of her life) to Pennsylvania, Brieana has begun focusing on her modeling career again, this time posing in front of the camera rather than walking.  With some passion and an iPhone, Brieana began "Faith and Fashion 360", where she highlights fashion trends (for straight and plus size consumers) as well as the occasional motivational piece.

Brieana is also a featured radio show host on north east Pennsylvania's premiere Urban radio station: WFNK Radio / www.WFNKradio.com , where she hosts a show by the same name of her blog every Sunday from 7pm-9pm called "Faith & Fashion 360 where millennials of Faith can feel comfortable discussing the latest "Hot" topics with The Word woven in.
​
Brieana is also the reigning Queen for the Miss Fashion Week Competition,triumphing in the Plus division for Los Angeles,California in 2018.
When she is not modeling or writing, Brieana is a Master’s Level Social Worker who specializes in mental health. She prides herself on advocating for this population and allowing them to have a voice. Brieana also works closely with teens as a youth leader at her place of worship. “It’s been one of my biggest motivations in starting my blog. Kids are so hard on one another, and especially on themselves. I want them to see me embracing my flaws so they know that they have to be the best version of themselves. We are all fearfully and wonderfully made. I want EVERYONE to know that.” 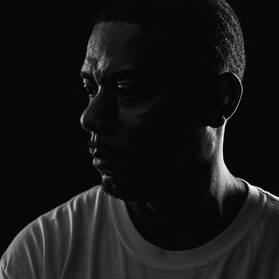 A Dj since 1989, Dj Rich Williams discovered a love of music at a young age from his mother and father, who also was a Dj. Dj Rich Williams has played all genres of music. He plays for weddings, graduation parties, retirement parties and other events. He gave his life to the Lord in 1998 and has added gospel and inspirational music. A love for house music spawned a love for gospel house music, which is one of his favorites. He can be heard on WLIB 1190 am in the NY Tri State area on the Inspirations with Liz Black Show with the Liz Black Inspirational Mix, The Sunday Night Gospel House Mix Show on Facebook Live and WFNKradio.com every Sunday from 9-11 pm. He’s also a musician (drums, Keys, organ and bass guitar) and sound engineer and Owner of New Direction Music and Sound. 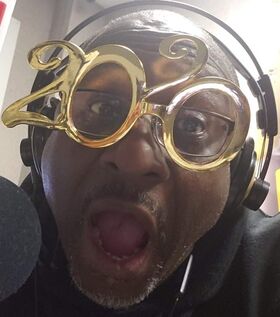 As the Original Gospel DJ, Brooklyn native born Dr. D. aka Duane Knight, celebrates 40 years as a Mobile DJ and 25 years as the Host/DJ/Radio Announcer of “Late Nite Journey 2” on Harlem’s own radio station WHCR 90.3 FM and the Assistant Program Director/Sunday Programmer for WFNK Radio / www.WFNKradio.com for almost 2 years.
Dr. D. is a trailblazer of Gospel Roller Skating (1980) and Christian Nite Clubs (1995).   Of his many awards  he is most proud of being the first DJ/Radio Announcer to receive the Gospel Announcers Guild (GAG) “Horizon Award” (2005) and of his many achievements, creating the 1 st Gospel DJ Record Pool (2000): “Higher Ground” and the 1 st Gospel DJ Conference (2005).
Dr. D has also been featured in the NY Daily News in article about his funeral photography business DK Funeral Photos and in the Dance Music Times in a feature celebrating his 30+ years the Original Gospel DJ.